A Child's Tomorrow begins Today! The Sanger Education Foundation is a Non-profit 501(c)(3) established in 2005 by community members whose mission is to introduce and support funding initiatives designed to 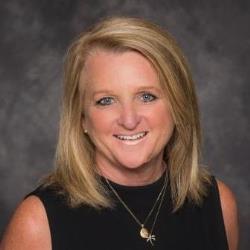 Valerie has 20+ years of experience in non-profit management.  In 1999 she was recognized as a Heroes for Children by the State Board of Education.  In 2005 and 2013 she received Citizen of the Year by the Sanger Area Chamber of Commerce and in 2014 awarded the Spirit Award as a Heart and Hero's Recipient from Health Services of North Texas. Valerie serves on the Advisory Council of Texas Education Foundation Network, honorary membership with both the Rotary Club of Sanger and Lion's Club and memberships with TSPRA, TEFN and NSFA.  In 2016,she completed her CEFL Certification through the National University of San Diego California.